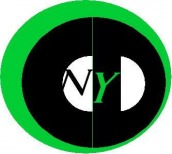 Collective Dance NY was formed in the spring of 2006, giving members an opportunity to present their work in an open setting, without restrictions, rules, or time constraints. This union is determined to provide an outlet for each participating choreographer to workshop new ideas, receive feedback on existing work, and follow a concept from its moment of inception to the final performance alongside a group of supportive, like-minded individuals.

CDNY compiles their artistic and administrative knowledge, resources, contacts, and finances to create their own performance opportunities in an arena where so few are available to independent artists. Through collaborative support, CDNY helps facilitate each choreographer to clarify their personal artistic purpose. The passion and determination of each individual member to make each production a reality fuels the creative process, creating an honest, uncompromising experience.

CDNY presented their inaugural production, here/restless, at Triskelion Arts in Williamsburg, Brooklyn in April 2006 to sold-out audiences. Their second production, IN TRANSIT, toured to The Jack Guidone Theater in Washington, D.C., in November 2006, and then returned to Brooklyn in December 2006. They continued with their third production, FLUX, in December 2007, bringing together an exciting group of theater and dance artists.